Framing a Deck Parallel to a House 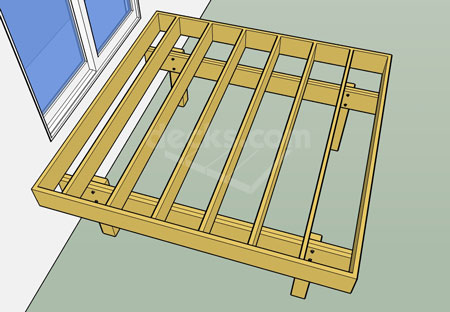 Some decks are designed with a joist orientation parallel to the house. This is useful in cases where you do not want to hang framing members from the house wall.

In order to rotate the joist’s typical direction, you will need to install beams that project perpendicularly out from the house. You may need to install a post and footing next to the house or even consider cutting into the house to support the beams, in some cases. Because the joists will be running parallel with the house, you should understand that your decking orientation will be affected.

Next Article:
Sistering or Joining Joists