For a residential deck, the code requires it be designed to support a minimum 40-psf live load. The live load is the external force applied to a deck due to the activities of its use. People, furniture and any other movable, physical objects on the deck are covered under live load. In commercial buildings, the minimum live load required by the International Building Code is determined by the anticipated use of each space, and thus, the anticipated density of people in the space. For assembly uses, such as restaurants, churches and music venues, the minimum live load is 100 psf. Conventional deck construction can support greater live loads by using larger dimension lumber or closer spacing of joists and beams. For residential decks designed for entertaining large groups, it’s not a bad idea to overbuild it from the minimum 40 psf required by building codes.

In regions with heavy snowfall, the snow load may exceed the 40-psf live load. In those instances, allowable spans for larger live loads can substitute for an equivalent snow load. For example, a span table for 60-psf live load could be used for a region with a 60-psf snow load. Some conditions may require additional design consideration, such as areas subject to drifting snow or sliding snow from roofs above. Those loads act on the deck differently and more substantially than live loads.

Previous Article:
The International Building Code Requirements for Decks
Next Article:
Building A Deck Over A Septic Tank 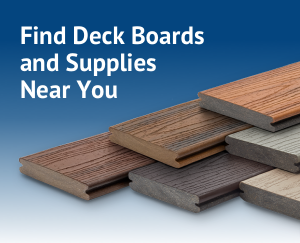