Laying Out the Deck Ledger Board

Before driving the structural screws to firmly attach the ledger, be sure to draw your joist locations onto the face of the ledger. The reason for laying out the joist locations is to prevent placing a joist on top of a structural bolt holding the ledger in place. In the case of a rectangular deck, you could lay out the joists on the ledger (on a set of sawhorses) before you install it. But if the deck will have a number of angles or is very long, it is easier if you lay out with the ledger installed on the house first.

Read this article to determine your joist spacing. (In our example, joists are 16" on center to support 5/4 pressure-treated decking laid perpendicular to the joists.) Joists are usually installed “on center,” meaning the spacing number – usually, 16" or 12" – falls in the center of the joist’s thickness. 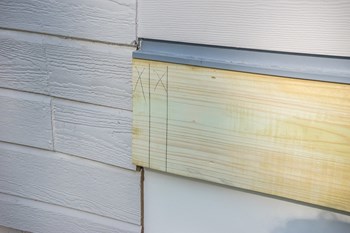 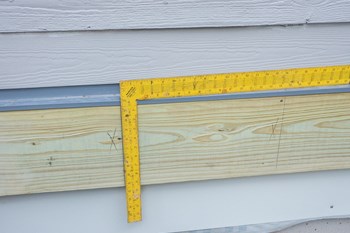 Use a framing sqaure 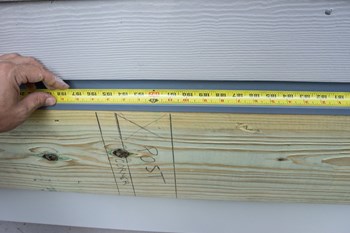 If you plan on installing your railing posts on the inside of the deck frame, you will need to adjust the joist layout to allow space for the rail posts.